Left Cusco at 0800 and headed over the mountain pass in the van taking us in the direction of Pisac and into the Sacred Valley. Just after the village of Ccorao, we turned off the main road and started th 45min climb up a dirt track to 3600m and the top of the trail. 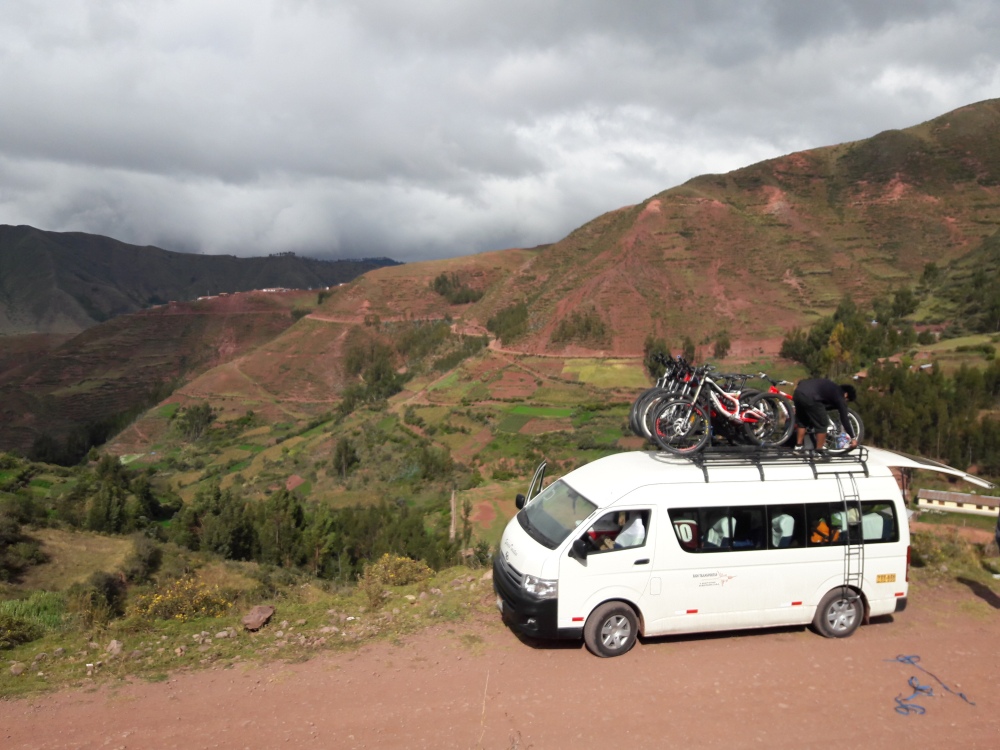 This trail was a fantastic start to the longer descents I was expecting, fast, flowing lines with hidden corners and startled locals enjoying the morning sun. The GoPro footage would make for great viewing if it it wasn’t corrupt. So will have to work that one out, as the dubious river crossing will make good viewing! We joined the road for a short while, which resulted somehow, in Chris`s pedalls falling off three times in less than 10minutes. I didn`t think that was possible, but yes, it is!

After the blast down the road, we jumped back on the trail, getting lost looking for a suitable place to cross the river, the back onto the narrow off camber trail to the village to Taray where the van was waiting with some wandering pigs and some snacks. Everyone in the group was feeling more confident after yesterdays technical route, and slightly more relaxed about the coming days.

Drove on through Pisac to our second trail about another hour up a dirt road, but a little more enhabited. Potato farmers, ladies with massive bags of stuff on their back and the usual loose dogs, Alpacas and horses. It doesn’t get more traditional than that.
The second trail started at a dam, and a lake called Azul Cocha at 3800m, the top started off muddy and soon got into some serious rock sections and drops off the side of the trail, but still fast. Kept on downhill jumping between the dirt road and local walking paths until we reached the van waiting for us with lunch in Quello Quello. We would do this trail twice, but second time I attempted a rocky section I walked previously, got over half way down then pathetically fell off! Second time round we carried on through Quello Quello blasting down to road at a hell of a pace passing tour buses to the cheering locals, and getting a change for some manual practice.  Chris, Jon and Dennis got some different bikes today, to my jealousy, Kona Stinkys! Which they were finding easier to ride, despite the immense weight.

The blast down the road took us to our hotel for the evening, Royal Inka Pisac Hotel, which I think is best described as Pisac’s answer to Fawlty Towers, but served the purpose perfectly, and the bar served a good Mojito.

In true local style, we got some moto-taxis (or rickshaws!) into the centre of Pisac for food at Ulrike`s. The main requirement for entry to Ulrikes seemed to be bad dreads and a Mac computer. But the food was awesome, I had a really nice vegetable and coconut curry, and I think pumpkin soup, with a couple of Cusquena’s. Back to the hotel for a couple more drinks at the bar and called it a day. 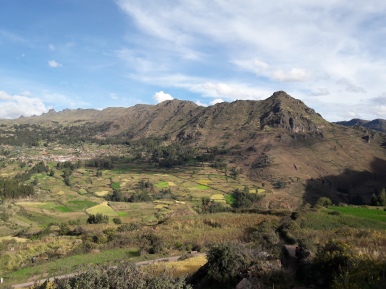 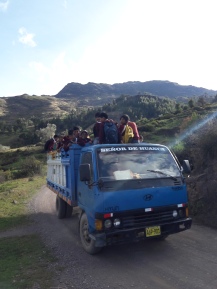 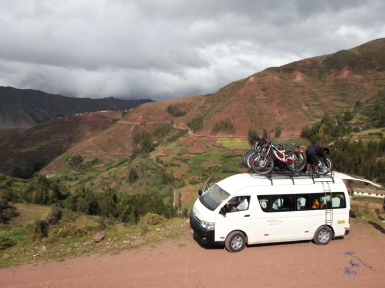 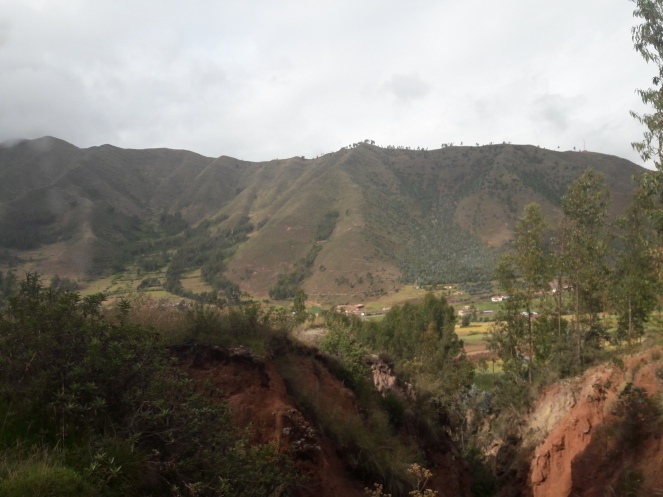 View from the van for the climb to the first trail 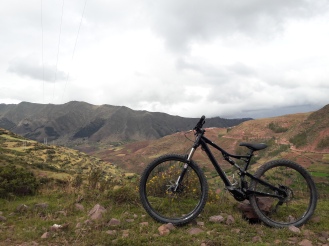 The workhorse for the trip 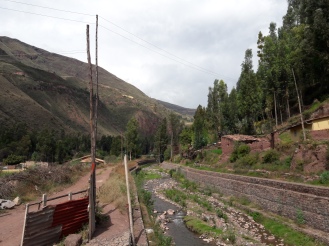 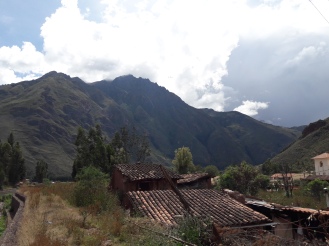 At the end of the first trail entering Taray 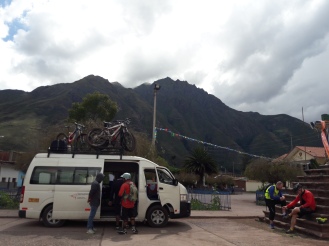 Snacks and rest at the van, this became a good ritual! 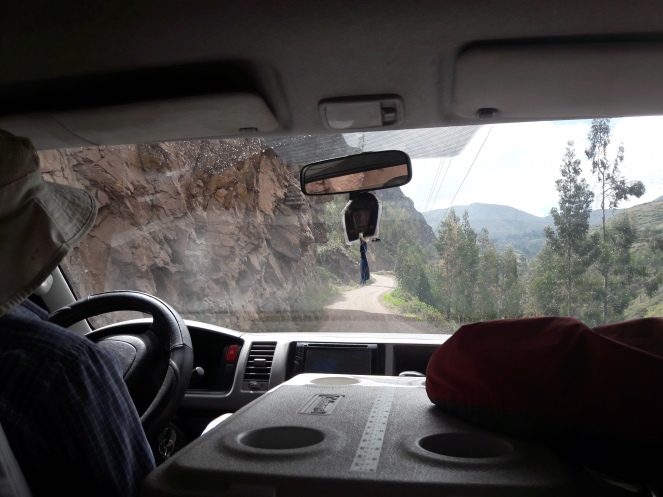 The dam and Azul Cocha 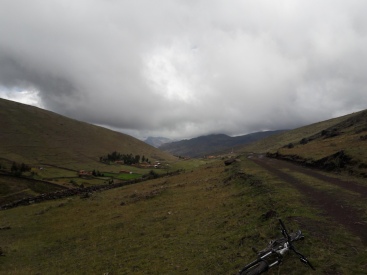 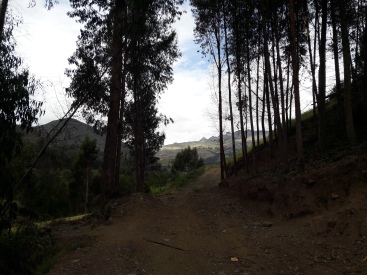 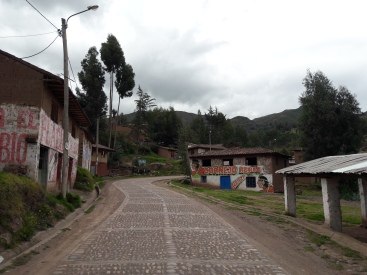 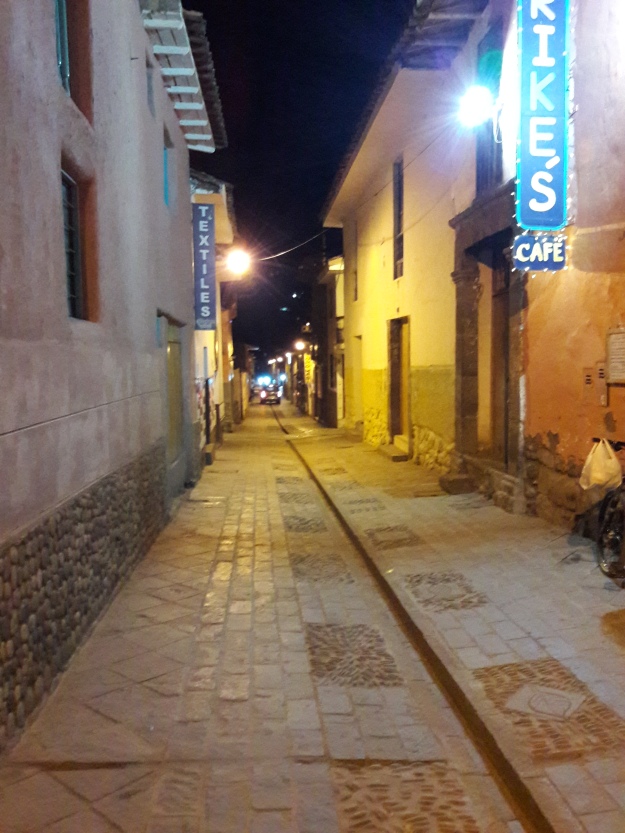 The streets of Pisac